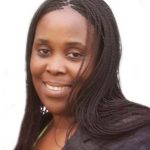 The IFLA Global vision was presented by the out-going LIAZ President Mrs. Munsanje at the recently held Annual General Conference in Siavonga from July 18 to 21, 2017.
Read the full article here

We are delighted to announce the names of 19 successful applicants for IYALI (Initiative ‘Young African Library Innovators’), a peer learning and international networking experience for African public librarians. 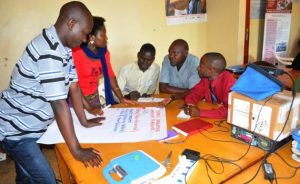 IYALI is an initiative of the EIFL Public Library Innovation Programme (EIFL-PLIP), in partnership with the African Library and Information Associations and Institutions (AfLIA) and the International Federation of Library Associations and Institutions (IFLA). The initiative aims to expose emerging public library innovators in Africa to experiences and ideas from other developing and transition economy countries.

The 19 successful applicants represent public and community libraries that serve urban and rural communities from across the African continent.

Algeria – Djillali Chatane, Head of Information Services at Public Library of ‘Le Center Cultural Islamique’ of Oran. The library serves an urban community in the coastal city of Oran, which is Algeria’s second most important city after the capital city, Algiers.

Namibia – Ezze Shipo, Senior Librarian at Okalongo Community Library, which serves business people, including many street vendors, and farmers living in and around Okalongo village in northern Namibia.

In August, IYALI participants will attend the IFLA World Library and Information Congress 2017, which takes place in Wrocław, Poland.

Before the IFLA conference, they will attend a pre-conference in neighbouring Lithuania, where they will share knowledge and experiences of innovative public library services with each other and with Lithuanian and Polish colleagues. EIFL is working with the National Library of Lithuania and Information Society Development Foundation in Poland to develop the pre-conference programme.

The IYALI participants will also be able to share their experiences and learning during the third AfLIA Conference in 2018.

In 2018, a second IYALI group will attend the IFLA World Library and Information Congress in Malaysia and visit another Asian country to share knowledge and experiences of public library service innovation.