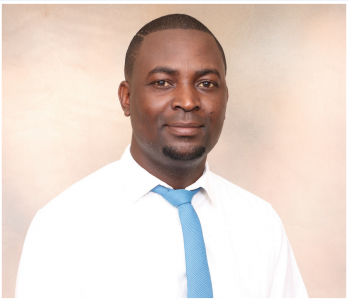 I wish to take this opportunity to welcome you our valued readers to this 6th issue of the LIAZ Newsletter 2020.

I am excited to present this issue to you as it is my first as Editor in Chief after taking over the responsibility from our immediate past Editor in Chief, Mr. Raymond Sikanyika who together with his editorial team worked tremendously at sustaining the publication of the previous issues of this Newsletter. On behalf of the editorial board we wish him well in his new endeavors.

The focus of this issue is to accommodate readers within and outside the field of library and information science. For LIS professionals, you will find interesting articles that will keep you abreast with current trends and professional development opportunities in the field as you read about the experiences of our IYALI 2020 participant and others. You will also enjoy the story from one of the longest serving librarians in the country.

To the general public you will find interesting news items that will keep you informed about our activities, mainly from the previous year and the general impact of libraries and information services on national development. Learn more about our contribution to the fight against COVID-19; children literacy promotion activities, such as door to door reading programs; and children’s radio programs by our innovative public and school librarians.

Other interesting stories to lookout for include the visit of our female librarians to Chimbokaila correctional facility female wing in Lusaka where they provided information resources, among other items to prisoners, as a good gesture in commemorating international women’s day.

I wish to further announce that a copy of this Newsletter is now available in both print and electronic format. An electronic copy is available on the association website and can be downloaded for free.

I wish to thank your readership and the continued support through the submission of articles and suggestions on the content for the newsletter.

Enjoy the read and remember COVID-19 is real. Let us protect ourselves and others in our homes and places of work by adhering to preventive guidelines provided by health experts such as washing of hands frequently, maintaining social distancing and masking up in public places.

The Library and Information Association of Zambia is happy to present the Annual report for the period August 2015 to July 2016. Since the previous Annual General Conference in July, 2015 in Livingstone, LIAZ has conducted various activities.

The following are the current office bearers in the committee. The country held elections in July, 2015 after the term ended. There were only two changes and the rest of the office bearers retained their positions for the second term.

The association has seen a steady rise in the past few years of fully paid up members. There has been an increase in members who participate in association activities and assignments.

The following shows the rise in full membership figures:

In April 2015, the association held a three days Strategic Planning Meeting in Siavonga where a five-year Strategic Plan was done. The document was fully concluded in August, 2015 after the budget and timeline was added to the draft at the time. The plan was completed and is being used. This has really helped the association to have clear direction and follow activities according to plan.

During the planning, we revisited both our Vision and Mission. As LIAZ, this is what we are working with.

A professional association promoting excellence and innovation in library and information services.

To be an association that will promote professional development and excellence in library and information services through advocacy, training, research and networking.

LIAZ has, since 2014 been benefiting from the Building Strong Library Association Programme.Â A project proposal was done to IFLA and was successful. This resulted in LIAZ conducting two activities in 2015, the bringing together of library professionals to have input in the National Library Policy and Bill drafts and coming up with a five-year strategic plan for the association. Details are stated above.

This is one of the activities that the association has strongly worked on in the period under review. In February 2014, as reported at the last meeting, The Ministry of General Education, through which the bills are to be passed, had appointed a sixteen member committee comprising key librarians and other stakeholders to spearhead the finalization of both the National Library Policy document and the Library Bill in readiness for submission to Cabinet for consideration.

A lot of work has since been done with good progress. This committee was tasked through the office of the Permanent Secretary in the Ministry of General Education to:

The committee held two meetings in 2014 and early 2015 to work on the two documents in preparation for the National Symposium. In April, 2015 the National Library Symposium was successfully held in Siavonga where 50 carefully selected delegates/stakeholders participated. This symposium was held with the support of the funding we got from Building Strong Library Association Project. Other funders were the Ministry of General Education and Library and Information Association of Zambia.

Both Library and Information Association of Zambia and Zambia Library Service has been actively involved in the communication that has been going on as the documents moved to various government departments.

LIAZ has in the period under review been able to update the professional database to capture as many people as possible.

We have the following media of communication:

Â Please take note that our official email is liaz@zambia.co.zm

Our emailing database now has currently about 400 members. We have continued to updating our database each year. The following shows the increase in our email database.

The constant updating of our database has helped us to ensure that many of our professionals have access to information about LIAZ and activities that affect them.

In May, 2016, we started working on our LIAZ website which is now active and look forward to your comments on how best we can improve it.Â Our website is:Â www.libraryassocaitionofzambia.org

LIAZ has also acquired the bulk short messaging system software which is currently on trial. This, we hope will help capture members who do not access Facebook and emails regularly.

Zambia has been fairing quite well in attending professional international conferences, though there is more that needs to be done especially in convincing government agencies to support their staff.Â Zambia has been represented at the AfLIA Summit, as well as IFLA and SCECSAL conferences.

The XXII SCECSAL was held in April, 2016 in Swaziland. Zambia was represented by 9 delegates, with one delegate presenting a paper. LIAZ presented its two year report.

We were the defending champions for the Cultural Evening Award which we handed over to Lesotho in Swaziland.

This was a post-SCECSAL conference that was held in May, 2016 in Swaziland and Zambia had two delegates in attendance. This was a 2-day 2nd African Public Library summit. A lot of lessons were learnt on how public libraries can be transformed. Following this, LIAZ and Lubuto Library Partners is working on a possible partnership regarding the development of public libraries and public librarians.

LIAZ leadership has been involved in the library advocacy planning meetings in the region that were being spearheaded by IFLA. Two meetings were held; in July, 2015 in Windhoek Namibia and in February, 2016 in Pretoria, South Africa. This has benefited the country as ideas and decisions made are readily taken down to the country level. In addition, the problems that Zambia faces in the development of libraries are incorporated in the planning documents for the region. This has also helped build capacity in the association leadership.

Or affiliation to IFLA has also made it possible to benefit from the Building Strong Library Association Programme.

In May, 2016 Zambia was yet again invited to participate in a Global Evaluation Meeting for the programme where two LIAZ members were invited. The purpose of the meeting was to support networking between associations and activities to support continued collaboration after participating in the BSLA programme, to raise awareness about trends and factors that will influence the role of associations and potential for the future advocacy and lastly, to review the programme and develop a future strategy and linkages with other IFLA programmes.

Other than the partnerships LIAZ has with IFLA and AfLIA, we have also had the following partners;

LIAZ has collaborated very closely with MOGE through the Zambia Library Service in the preparation of the National Library and Information Service Policy and Bill documents.

LIAZ has also partnered with ZLS in the National Library Week awareness campaign.

ZLS has been instrumental in linking the association to national government activities involving the development of libraries in the country.

Priya Education solution has given LIAZ support during the 2016 National Library Week where a donation of books was made. The books were used as some of the prizes to schools that took part in various activities such as debates, poems, reading competitions, etc. Priya Education Solution was also among the exhibitors at this the 2016 National Library Week celebrations.

The company has also supported LIAZ in the 2016 AGC with stationary.

ZICTA supported LIAZ in 2015 by co-funding the publication of the 2015 newsletter.

Zambia Railway LtdÂ supported LIAZ in 2015 by co-funding the publication of the newsletter.

In 2016, facilitated the distribution of Referendum and Bill of rights materials in libraries across Zambia. This also included materials in Braille.

The association has been observing the National Library Week to create awareness to the entire country about the importance and role of libraries and librarians. The association has been working closely in collaboration with the Zambia Library Service in ensuring that these activities are a success. The new practice of having the official commemoration in different provincial centres each year has enabled the association to have greater impact in the province that hosts the official event. We have also promoted having awareness programmes in the other selected provincial centres and in individual libraries.

LIAZ has been instrumental in organizing libraries to exhibit at the official venue. To encourage more partipation, in collaboration with Zambia Library Service, an award is given to best library institution during the exhibition.

LIAZ has also taken an advantage of this event to remind government about the need for speeding up the library legislation process.

In 2015, the National Library Week was commemorated in October and official launch was in Choma. The event attracted 11 exhibitors at the venue of the official launch. Celebrations also took place in other provincial centres and in some individual libraires.

With the support of committed association members, we have been running a Radio 2 programme, â€œThe Librarianâ€ with Zambia National Broadcasting Corporation. This has helped us to market our profession and sensitize members of the public on important issues around literacy and reading. This has made a huge difference as the radio station covers the entire country.

As an association, we have from time to time being requested to appear on television and radio programmes and discussions during important events such as Literacy Week. In 2015 during the Literacy Week, LIAZ was invited to discuss the role of libraries in promoting literacy on ZNBC TV as well as ZNBC Radio. We thank our Copperbelt members who ably represented us all.

LIAZ has continued to market the profession to LIS students and encourage early participation in association activities:

The association has continued to promote research of professionals by publishing the annual LIAZ Journal. This has given library professionals in Zambia an opportunity to publish their research findings. We still have a challenge of members not submitting scholarly works for publication.

The LIAZ newsletter is published bi-annually. In 2015, we were privileged to have sponsors for all our newsletter publications. This was with the support of Zambia Information and Communication Training Authority and Zambia Railways Limited.

LIAZ has among others participated and contributed to the following activities:

In the year under review, LIAZ lost the following members:

The Library and Information Association of Zambia has amongst others faced several challenges including: